In a way, the IPO boom began in 1977 when Reliance Industries came out with its IPO. Later in the late 1970s, many of the MNCs had to come out with IPOs to continue being listed in India and that means they had to come out with IPOs at very attractive valuations. This was, in fact, the big event that changed the face of IPO. But the IPO process remained largely the same till the advent of compulsory demat allocation less than 20 years back. Back in the 1990s, the IPO process was quite elaborate and time consuming. You would apply for an IPO by cheque and you would get to know only after a couple of months if the shares were allotted or not. Shares would be sent to you as physical certificates which you could either sell on listing or you would have to get your name as the owner of shares on the certificates. In case of refund orders there was a wait of another month. Comparatively, the IPO landscape has changed drastically in the last 20 years. Here is how.

This was perhaps the biggest shift in the IPO landscape. With direct credit of IPOs into your demat account and quick payment processing through online banking, it became possible to reach out to a larger mass of investors with a more attractive proposition. Demat allotment meant that the entire process could be completed within 15 days and the refund orders were credited into your bank accounts by electronic fund transfer. This time to allotment has now been reduced to 3 days with the SEBI permitting payment via UPI too which does not require banking interface in the same way as NEFT or IMPs requires. Also, one can apply for an IPO just with a demat account and you require a trading account only when you need to sell the shares.

Compressing the time to allotment

The compression of time to allotment has much larger implications. In the past, when you would apply for an IPO by cheque, your funds would get debited and stay locked for as long as 3 months. This is assuming that there were no problems in the allotment process or in the refund process. The wait was almost interminable and you really had no clue what was happening. Things did improve when allotment status was offered online; something that has become a norm today. Today the entire IPO process via book building takes less than a week to complete and effectively January it will be further reduced to 3 days. When funds are locked for shorter periods, you are able to earn productively on your funds and also use the funds more often.

ASBA and reduction of lock in period

The idea of reducing the funds locked-in is nothing new. Long before ASBA was tried out, SEBI had experimented with a product called Stock Invest way back in 1994. This was a product which you could use to pay only when you actually got the allotment. However, this turned out into a big scam after unscrupulous started using third party Stock Invests to artificially inflation the oversubscription. When the true reason was discovered, Stock Invest was eventually banned. That gap has been filled with the launch of ASBA (Applications Secured by Blocked Amounts). In ASBA, you only have to give your bank mandate and the application amount gets blocked. While you cannot use these funds, you continue to earn interest on the amount as it still remains in your account with a lien. Once the allotment process is completed, the funds are debited to the extent of allotment or if the application is not fully allotted then the balance lien is removed. This entire process is completed in less than a week making the process efficient and much more meaningful to investors.

One of the big challenges that IPOs faced in the 1990s and 2000s was the large number of fly-by-night promoters would collect public money and vanish. They were referred to as Vanishing Promoters. Back then it was possible for promoters to vanish with leaving any audit trail and start afresh from elsewhere. A lot has changed in the last 2 decades. SEBI has put a lot more onus on the investment bankers to do the vetting with greater depth. The market has also its own mechanism to week out the fly by night promoters. But above all, the combination of digitization of MCA records, demat accounts, banking and the multiple choke points of Aadhar and PAN have ensured that there is no incentive for promotes to act with a short term perspective. The costs of default have become too high now. That has ensured greater scrutiny.

From having compulsory IPO issues at Rs.10 to using an outdated PECV formula of the Controller of Capital Issues (CCI), Indian IPOs have come a long way. Two major changes happened along the way. From the late 1990s, most promoters and investors saw the merits of book building and today the IPO market has become a book built market. In book building the price is discovered through the process of book building based on demand and the company only specifies the range. Another major shift has been the introduction of anchor investors. This has largely institutionalization of the new issues market and offers greater confidence to retail investors.

In a nutshell, the IPO landscape of today is vastly different from what it was even about a decade ago. And the change has been for the better.

END_OF_DOCUMENT_TOKEN_TO_BE_REPLACED

All images and content mentioned herewith have been shared by the authors/contributors as on dated November 20, 2018. We do not hold any liability for infringement or breach of copyright of third parties across the spectrum. Pictures shared by authors/contributors are deemed to be authorized by them likewise. For any disputes, we shall not be held responsible.

How Can Loan Against Property Boost Your Credit Score 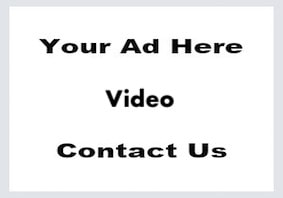